Everybody stands on his [sic] own feet

This video shows the final few minutes of Thomas Merton's final talk, given to a meeting of men and women of various religious orders in Bangkok, Thailand, in 1968. The talk, from all accounts, went over like a lead balloon--Merton may have been speaking too academically for his listeners. After this talk, and after saying, "So I will disappear from view...and we can all have a Coke," Merton goes into his bedroom, takes a shower, comes out of the shower, slips, grabs and electric fan with faulty wiring, is electrocuted and dies.

I've seen this video before, only recently aware that it was on YouTube. Seems that it belongs on this louie blog.

I know that Merton was paranoid about being filmed here, the (Belgian?) camera crew focused only on him. 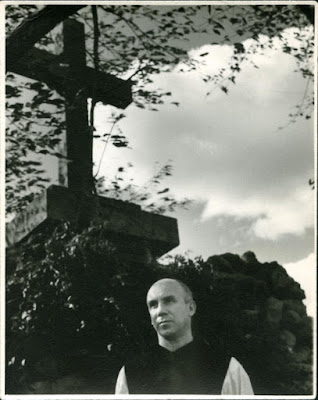