“Who can free himself from achievement
And from fame, descend and be lost
Amid the masses of men?
He will flow like Tao, unseen,
He will go about like Life itself
With no name and no home.
Simple is he, without distinction.
To all appearances he is a fool.
His steps leave no trace. He has no power.
He achieves nothing, has no reputation.
Since he judges no one
No one judges him.
Such is the perfect man:
His boat is empty.”
― Thomas Merton, The Way of Chuang Tzu

Today is the 100th anniversary of the birth of Thomas Merton.

Many people are recognizing and writing about Merton now. I have certainly had plenty to say these last few years in my explorations of Merton’s art and writing.

Here are some things that I found this past week that I hadn’t seen before. Painting of Prades, France by Owen Merton, Thomas Merton's artist father: 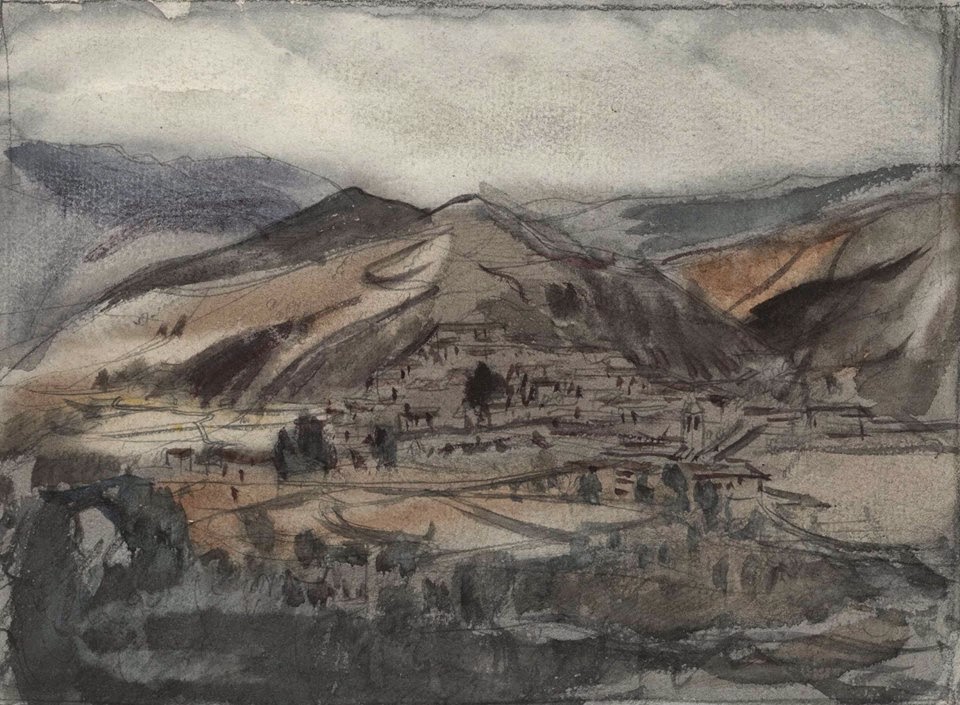 Photo of Merton's father and mother, Owen and Ruth, in Prades -- at least the full photograph. I have seen this shot of Owen "lifted" from the photo.: 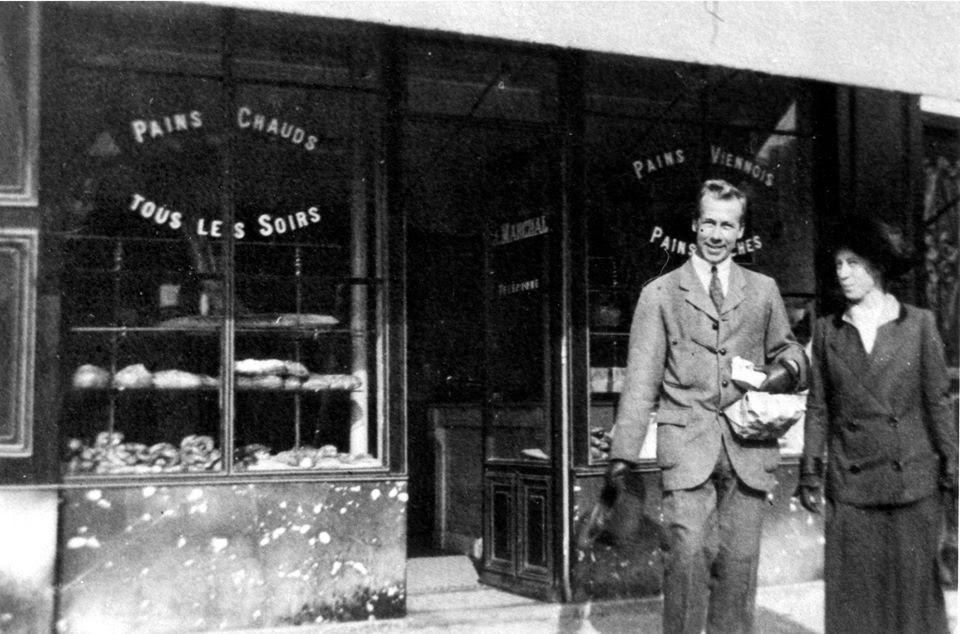 And a photo of Merton's draft of the beginning of Seven Story Mountain: