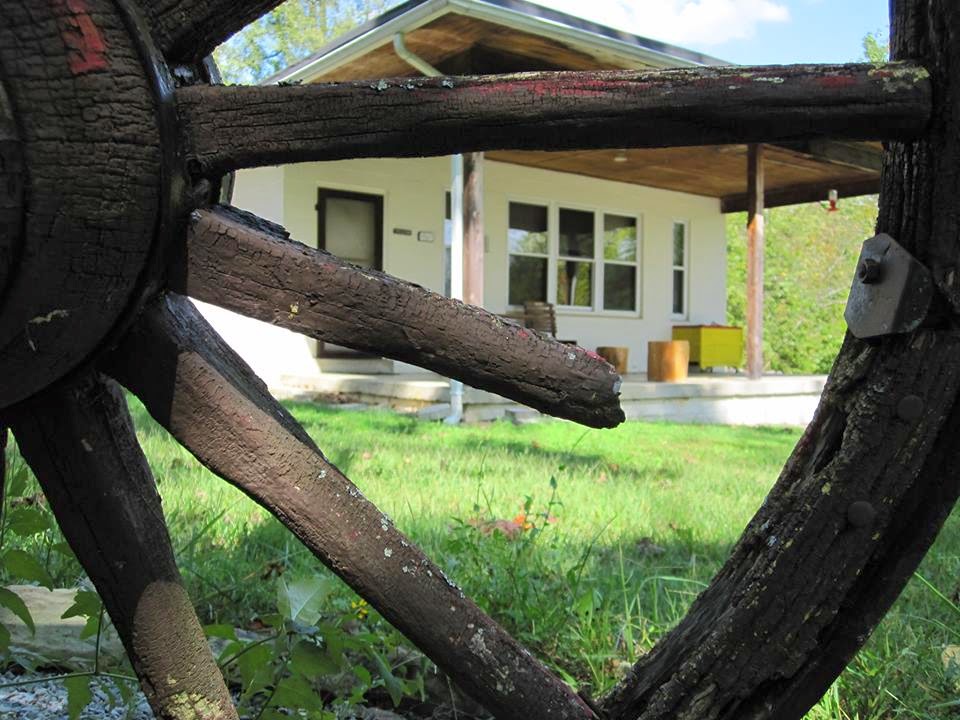 (I found this photo of Merton's hermitage on the web. No photographer was noted, but I suspect it might be Gordon Oyer)

"I love the woods, particularly around the hermitage. Know every tree, every animal, every bird. Sense of relatedness to my environment -- a luxury I refuse to renounce. Aristocrat, conservative: I don't give a damn."
March 23, 1967

"In eight weeks I am to leave here. Who knows, I may not come back. Not that I expect anything to go wrong -- though it might -- but I might conceivably settle in California to start the hermit thing Father Flavian spoke of: it depends … Really I don't care one way or another if I never come back.
July 29, 1968

"I really expect little or nothing from the future. Certainly not great "experiences" or a lot of interesting new things. Maybe, but so what? What really intrigues me is the idea of starting out into something unknown, demanding and expecting nothing very special, hoping only to do what God asks of me, whatever it may be."
July 29, 1968
at March 13, 2014