Unmasking the Truth: The Unspeakable 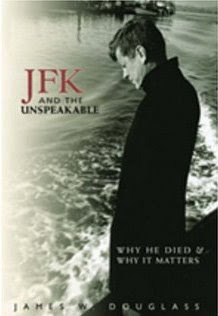 Jim Douglas’ book, JFK and the Unspeakable, is not so much about how President Kennedy was killed, but why he had to die.

According to a review in America by Fr. George Anderson, Douglas and others believe that dark forces emanating “from the C.I.A and the military-industrial complex - powers that could not bear to see the president turning more and more toward a vision of total nuclear disarmament” were behind the assassination.

And Douglas invokes Thomas Merton as his guide, first witness and chorus, on his pilgrimage to uncover the truth:

In 1962, Merton wrote to a friend expressing “little confidence” in Kennedy’s ability to escape the nuclear crisis in an ethically acceptable way:

“What is needed is really not shrewdness or craft, but what the politicians don’t have: depth, humanity and a certain totality of self-forgetfulness and compassion, not just for individuals but for man as a whole: a deeper kind of dedication. Maybe Kennedy will break through into that some day by miracle. But such people are before long marked out for assassination.”

Kennedy did turn toward peace, and had been secretly corresponding with Soviet leader, Nikita Khurschev, on a plan to stave off nuclear disaster. This was considered “traitorous” in the eyes of the U.S. powerbrokers, and thus marked Kennedy for death. Douglas shows how those who could have exposed the truth were pursued by the C.I.A and killed, one as late as 1995 (3 decades later!)

The “Unspeakable” is a phrase coined by Merton to suggest the systemic dark forces that would stop at nothing and were behind the death of JFK and other tragic events of the 1960s.

From the America article:

“The very concept of a government-directed conspiracy may come as a shock to those who have trouble believing their country could ever be involved in “the unspeakable.” Yet JFK and the Unspeakable is a compelling book, a thoroughly researched account of Kennedy’s turn toward peace, the consequent assassination and its aftermath. By capturing the essence of John F. Kennedy’s vision, it is also a reminder of the urgency of the struggle for peace in our world.”

There is an excellent YouTube interview with Jim Douglas about his book here.
at July 23, 2009 7 comments:

in front of the television (Gerry Straub) 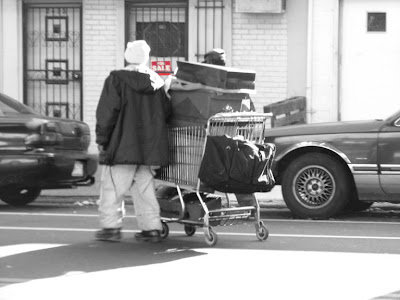 Photo by Gerry Straub
Gerrry Straub is a documentary filmmaker and writer who uses his talents to “celebrate the spirituality of St. Francis of Assisi and the Franciscan concern for the poor, social justice, peace, non-violence, prayer and the integrity of creation.”

His is one of the blogs that I subscribe to. Every day he offers a reflection or quote, each with a unique insight, that help me navigate my way through life. There is a Mertonesque quality to today’s:

In Front of the Television


"Spend one week watching TV, thoughtfully observing what is being presented, and you will see how we have evolved into a culture of violence, how we have sunk into a sea of hopelessness, how quick and easy gratification, no matter how fleeting its pleasure, has become acceptable, how gratuitous sex and explicit nudity has become commonplace, how infidelity is a strictly private affair, how any relationship is disposable, how politicians offer expedient solutions to difficult problems and how preachers of all faiths offer shallow answers to deep questions. One week in front of the television will illustrate how far our society has drifted from the innate dignity God endows to every human being."
- Gerry Straub

"Christianity is precisely a liberation from every rigid legal and religious system." 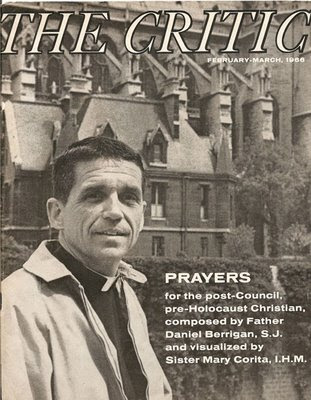 My cyber-friend Marc has sent me an interesting quote from an article in a 1966 edition of “The Critic” that I would like to include in the louie collection.

First of all, try finding out about this magazine, “The Critic”. I can find absolutely nothing on the web. The Rev. Robert Hovda was a leader in the movement to revise the Roman Catholic liturgy during and after the Second Vatican Council

"The true foundation of self-denial, he makes plain, is not to "liberate the soul," but to clarify God's will in our regard and unify our beings (body as well as soul) in his service. He points out how the struggle between Christ and the Law is a continuous and present struggle, not merely a historic phenomenon. "Christianity is precisely a liberation from every rigid legal and religious system."....

persons are only known through love

Persons are known not by the intellect alone, nor by principles alone, but only by love. It is when we love the other, the enemy, that we obtain from God the key to an understanding of who he is and who we are. It is only this realization that can open to us the real nature of our duty, and of right action.

To shut out the person and to refuse to consider him as a person, as another self, we resort to the impersonal "law" and "nature." That is to say we block off the reality of the other, we cut the intercommunication of our nature and his nature, and we consider only our own nature with its rights, its claims, its demands. In effect, however, we are considering our nature in the concrete and his nature in the abstract. And we justify the evil we do to our brother because he is no longer a brother, he is merely an adversary, an accused, an evil being.

the roots of dissent 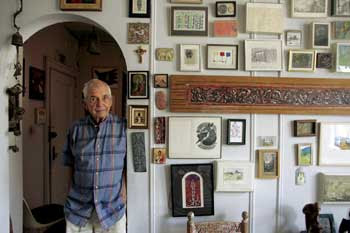 The following is excerpted from an article in this week's America magazine, "Looking back in Gratitude - a conversation with Daniel Berrigan", by George M. Anderson:

In the 1960s, Dan Berrigan came to know Thomas Merton, the Trappist monk and writer at Gethsemane Abbey in Kentucky. On being asked how the initial meeting with Thomas Merton came about, Dan explained that it took place in the early 1960s. “I was teaching at LeMoyne College in New York State. Merton had written an article in The Catholic Worker newspaper about what he saw as the imminent likelihood of nuclear war. I was appalled by the article,” he said, “and I wrote to thank him for the piece but also to say it was hard to accept his version of what was taking place in regard to the nuclear threat. Merton wrote back and said, ‘Come down and we’ll talk about it.’”
“I did go down to the Trappist monastery in Kentucky, and was taken both by his temperament and by his spiritual view of the world. The chemistry was good and our friendship got underway. After that first visit, we had the idea of getting together with some friends there. He didn’t use the word resistance, which was not yet in the vocabulary of people who opposed the Vietnam War. He used a phrase like the roots of dissent. He invited 15 people from various denominations and backgrounds for a long weekend, which proved to be very fruitful. All the ones who attended ended up either in jail or dead.”
Merton, who was also writing about peace, persuaded James Fox, O.C.S.O., the abbot, to invite Berrigan to give an annual address to the community; Berrigan did so from 1960 until Merton’s death in 1968. ..."