The Wisdom of Tenderness 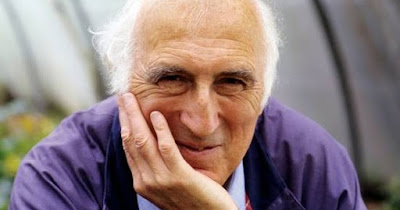 “In this communion, we discover the deepest part of our being: the need to be loved and to have someone who trusts and appreciates us and who cares least of all about our capacity to work or to be clever and interesting.”

the poor and rejected, the hungry, the naked, the incarcerated, the outcast

From the homily of Capuchin Father Raniero Cantalamessa, Preacher to the Pontifical Household, for the Solemn Liturgy of the Passion of the Lord, in St Peter's Basilica on Good Friday afternoon, 2019:

"The African-American writer and theologian Howard Thurman—the man Martin Luther King considered his teacher and his inspiration for the non-violent struggle for human rights—wrote a book called Jesus and the Disinherited.”[1] In it he shows what the figure of Jesus represented for the slaves in the south, of whom he himself was a direct descendant. When the slaves were deprived of every right and completely abject, the words of the Gospel that the minister would repeat in their segregated worship —the only meeting they were allowed to have— would give the slaves back a sense of their dignity as children of God.

"The majority of Negro Spirituals that still move the world today arose in this context. At the time of public auction, slaves experienced the anguish of seeing wives separated from their husbands and children from their parents, being sold at times to different masters. It is easy to imagine the spirit with which they sang out in the sun or inside their huts, “Nobody knows the trouble I have seen. Nobody knows, but Jesus.”

The text of the entire homily is HERE.

Living in the Light of Death


As St. Augustine taught, we must “die daily” to our small and separate sense of self. Kathleen Dowling Singh offers an invitation to practice dying through meditation. In her words, “We can sit to meditate with the intention to let it all go, inspired to explore what lies beyond self.”“We sit deliberately, with noble posture and noble attention.“We breathe. Progressively, we free our awareness from sensations. We free our awareness from the ‘I’ we imputed upon the sensations and the ‘mine’ with which we tried to claim them. We relieve ourselves of all of our mistaken identifications, loosening our attachments to them, letting them go.“We liberate ourselves from illusions and, cleared of all that congested weight, the burden of being a self, we surrender, entering awareness that is spacious and quiet and uncongested.“We just die into silence. Die to the past. Die to the future. Die to the breath. Completely let go. The silence reveals itself as refuge, as awareness that can be trusted, tenderly loving and resounding with the majesty and the mystery of the sacred.”Adapted from “Living in the Light of Death” by Kathleen Dowling Singh,Oneing, “Ripening,” Vol. 1 No. 2, pp. 42-44

This is the end, for me the beginning of life 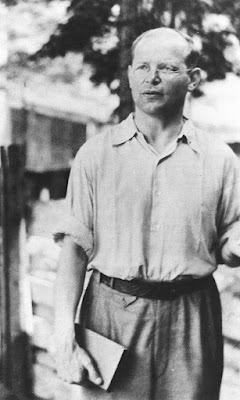 On April 9, 1945, after conducting a prayer service for fellow prisoners in Flossenberg camp, #DietrichBonhoeffer received a summons: “Prisoner Bonhoeffer, get ready and come with us.” He replied, "This is the end, for me the beginning of life.” He was hanged that night.

The path to his death at 39 was prefigured in his early work on "The Cost of Discipleship," where he wrote that the Cross "meets us at the beginning of our communion with Christ. When Christ calls a man, he bids him come and die.”

This end was also prefigured in his early recognition of the idolatrous and evil designs of Hitler's Third Reich. He helped form the Confessing Church to resist Hitler's efforts to co-opt Christianity in favor of a national cult of "German Christianity."

Eventually he accepted a safe haven in New York's @UnionSeminary. But in 1939 he returned: “I will have no right to participate in the reconstruction of Christian life in Germany after the war if I do not share the tribulations of this time with my people.”

Back in Germany he joined a secret conspiracy to overthrow Hitler: “The church’s task is not simply to bind the wounds of the victims beneath the wheel, but also to put a spoke in the wheel itself.”

Although this violated his pacifist leanings, he came to believe: “The ultimate question for a responsible man to ask is not how he is to extricate himself heroically from the affair, but how the coming generation is to live.” With his fellow conspirators he was arrested in 1943.

Bonhoeffer is the rare theologian whose biography is studied as carefully as his written work for clues about the challenge of faith in our time--in particular, the ethical dilemmas of responsible action in the face of injustice and tyranny.

He represents a model of holiness: not in the cloister, or in some safe "religious" zone, but in the midst of history, in discernment, in judging how God is calling us to respond to the needs of our suffering neighbors. A witness for our time.

"There is no way to peace along the way of safety.  For peace must be dared, it is itself the great venture and can never be safe.  Peace is the opposite of security.  To demand guarantees is to want to protect oneself.  Peace means giving oneself completely to God's commandment, wanting no security, but in faith and obedience laying the destiny of the nations in the hand of Almighty God, not trying to direct it for selfish purposes.  Battles are won, not with weapons, but with God.  They are won when the way leads to the cross." - Dietrich Bonhoeffer 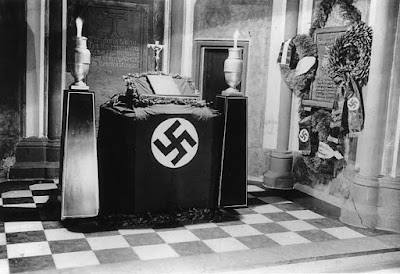