the success (or not) of Lax 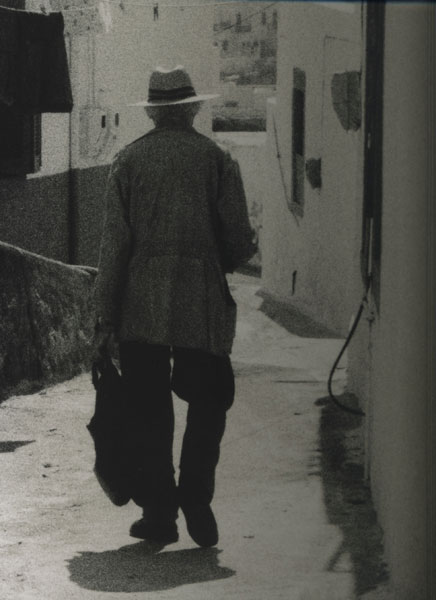 Photo by Nicolas Humbert
During the mid 1940s, while Merton was settling into the monk’s life and writing his autobiography, Seven Story Mountain, Bob Lax was trying to figure out how to be a writer.    He had short and unsatisfying stints in New York writing for Time, Life, Parade, and the New Yorker.  He went to Hollywood where he spent two years in the script department at Sam Goldwyn studios.  He wrote to Merton that Hollywood made him feel unholy, how could the good life be this idle?!
Lax followed his own inner callings, bumbling around in poverty for years, and ending up as a quasi-hermit on a Greek island. There were certain things central to his soul that he would not compromise. For one thing, he did not want to do anything that required "effort", and he refused to fly on an airplane. (I don't think the airplane phobia had to do with fear as much as to the confusion flying did to his sense of space and place.)

Whether or not Bob Lax was a "success" is anybody's guess, and probably depends on what you mean by success. He never did anything to court publicity or expand his literary career or reputation, but he sure became a writer to be reckoned with.
The following, rather glum entry, is from his journal dated January 5, 1945:

"The danger of education, I have found, is that it so easily confuses means with ends. Worse than that, it quite easily forgets both and devotes itself merely to mass production of uneducated graduates -- people literally unfit for anything except to take part in an elaborate and completely artificial charade which they and their contemporaries have conspired to call “life.”

"A few years ago a man who was compiling a book entitled “Success” wrote and asked me to contribute a statement on how I got to be a success. I replied indignantly that I was not able to consider myself a success in any terms that had meaning to me. I swore I had spent my life strenuously avoiding success. If it so happened that I had once written a best seller, this was a pure accident, due to inattention and naivete, and I would take very good care not to do the same again.  If I had a message to my contemporaries, I said, it was simply this:  Be anything you like, be madmen, drunks, and bastards of every  shape and form, but at all costs avoid one thing: success."

Please remember Gerry Straub as he returns to Haiti this week.  Gerry is a filmmaker, serving the poor.  His blog is here.

Below is a video that Gerry made in December (before the earthquake).  Most of the filming is of the large Port-au-Prince slum, Cite Soleil (City of the Sun).  I was in Cite Soliel in 1992, a very dense, dark, and dangerous place.  I remember the energy and noise that seemed to encircle us, as we made our way down a few of the streets and alleyways.   For us, it was a tourist attraction of sorts - something we have never before seen or been a part of.  We held on to each other.  Being this close to this kind of poverty is powerful.  It reaches deep into your soul.  You can't turn away your eyes - you have to look.

Email ThisBlogThis!Share to TwitterShare to FacebookShare to Pinterest
Labels: other

“Our lives are the mysterious intersection of freedom. God’s freedom and our freedom.” - Fr. Dan Berrigan
at January 22, 2010 4 comments: 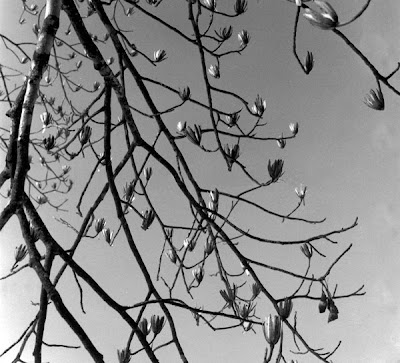 "Thomas Merton's approach to photography, and one of the reasons his photography is truly personal, lay in his use of his lenses primarily as contemplative instruments.  He photographed the things he contemplated.  His "serious work," as he called it, is meditation.  He did not seek to capture or possess, and certainly not to arrange the objects he photographed.  He lent his vision and his lenses to them in a real way: he was there and he did the mechanical things - focusing, composing - but he allowed the objects to remain true to themselves and to reveal themselves, and he trusted that "the connections would somehow be made."

"Merton distinguished between his serious work and the documentary uses he made of photography.  In the latter, he captured faces and places and events as any good photographer would, though with his own personal characteristics of wit and composition.  In the serious work he was captured by the play of light, the ambiance, and the inner life of the things he photographed.

"Finally, for him, the best images were the silent but communicative.  In his writing he used words, with their implied sounds, to explore and express silence.  He struggled toward an expression of silence through the visual image, in photographs that communicated the essence of silence without any implied sounds.  In this he worked as  a painter might, approaching his goal through many photographic sketches and studies."


Merton started out with an Instamatic camera - the photo over on the right - the only known photo of God - was made with that camera (according to Jim Forest). As he became more interested in photography he borrowed better cameras, mostly from his photography mentor and friend, John Howard Griffin. Griffin told him that he would never get much satisfaction from his work until he got a good camera. Merton responded that he had taken a vow of poverty and did not want to ask permission to buy a camera. Hence, the arrangement whereby Griffin loaned him "in perpetuity" some good cameras.

In the book, "The Hidden Wholeness", John Howard Griffin mentions a Roleiflex and I believe it was a Leica that Merton took to Asia with him. A closer look at the photo on the right above - looking at Merton looking - the letters on the camera read: ALPA.  I'd guess that those were about the best cameras that could be had at the time.

Merton published few of his photographs, but during the last 3 years of his life he was photographing steadily and built up a large archive.  He sent his undeveloped film to John Howard Griffin, who developed and stored it in his darkroom archive.
at January 20, 2010 No comments: 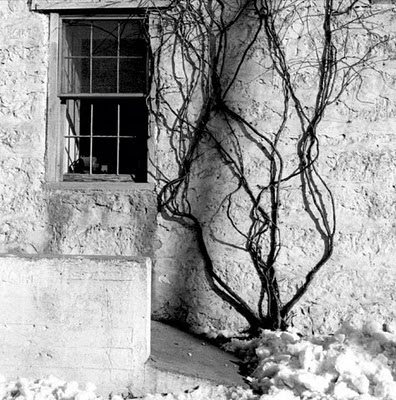 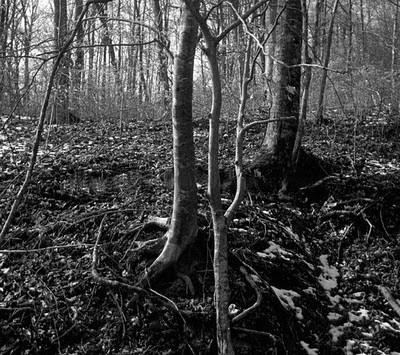 These Merton thoughts come from The Merton Institute for Contemplative Living. They send an email every Monday with a quote from Merton. I don't want to lose this one.

Life consists in learning to live on one's own, spontaneous, freewheeling: to do this one must recognize what is one's own - be familiar and at home with oneself. This means basically learning who one is, and learning what one has to offer to the contemporary world, and then learning how to make that offering valid.

Tree on a hill 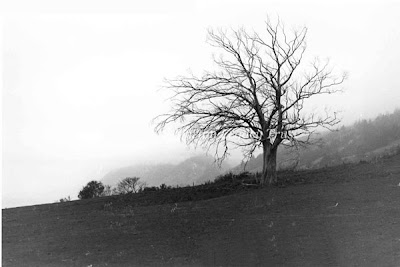 Photograph by Thomas Merton
at January 08, 2010 No comments:

I can't say enough about these videos of Dorothy Day. Here are 3 more 10-minute videos, this time an interview with Hubert Jessup. Dorothy tells about the beginning of the Catholic Worker Movement, her Catholic faith, Peter Maurin, etc.

These 3 videos are a real treat. A half hour video, broken down into 3 10-minute segments of a an interview with Dorothy Day and Tom Cornell, then secretary of the Catholic Peace Fellowship. Tom looks so young!

I have read books about Dorothy, read her diaries, and seen many photos of her. But I have never been able to get a handle on who Dorothy was, and how she was. This interview makes her "real" to me. The woman Merton knew, admired, and followed.

It also reminds me of the hope of a "radical Catholicism" that was once apparent, but now seems to have gone underground. Where is it?
at January 06, 2010 5 comments: 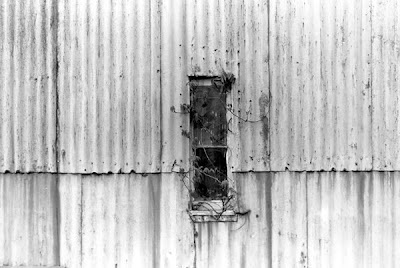 The Four Elements of Lax's Spirituality

This, from a book about Lax, The Way of the Dreamcatcher: