weeds against the whitewashed sheep barn 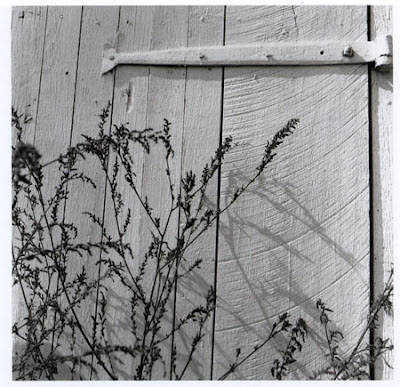 "The great problem for monasticism today is not survival, but prophecy."

- Thomas Merton in the letter to Fr. Jean Leclerq in which he accepted the invitation to speak at the Congress in Bangkok. 1968.
at August 28, 2009 No comments:

Email ThisBlogThis!Share to TwitterShare to FacebookShare to Pinterest
Labels: monasticism

The following is excerpted from an article: “a buyer’s market for LOVE?”, which appeared in the December 24, 1966 issue of the AVE MARIA magazine. This was shortly after he had fallen into a romantic relationship with a nurse:

“... for love takes you out of yourself. You lose control. You “fall”. You get hurt. It upsets the ordinary routine of life. You become emotional, imaginative, vulnerable, foolish. You are no longer content to eat and sleep, make money and have fun. You now have to let yourself be carried away with this force that is stronger than reason and more imperious than even business!

“... but the question of love is one that cannot be evaded. Whether or not you claim to be interested in it, from the moment you are born you are bound to be concerned with love, because love is not just something that happens to you: It is a special way of being alive.

“ ... We do not live merely to vegetate through our days until we die. We do not live merely to take part in the routines of work and amusement that go on around us. We are not just machines that have to be cared for and driven carefully until they run down.
...
“Love is our true destiny. We do not find the meaning of life by ourselves alone - we find it with another. We do not discover the secret of our lives merely by study and calculation in our own isolated meditations. The meaning of our life is a secret that has to be revealed to us in love, by the one we love”.

"I make monastic silence a protest against the lies of politicians, propagandists and agitators.... "

The bombing of Hiroshima and the Feast of the Transfiguration 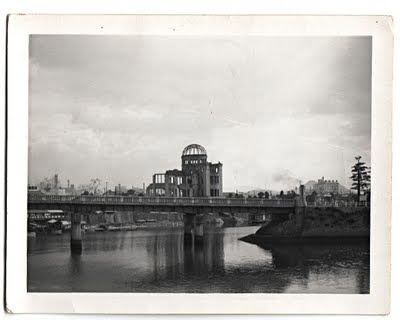 I went to Mass this morning and the priest talked about the great feast of the Transfiguration, which is today. He did not mention the bombing of Hiroshima, which took place 64 years ago today. They go together for me. I cannot think of one without thinking of the other.

Poet-monk, Thomas Merton, wrote a poem, “Original Child Bomb,” the title being an exact translation of the Japanese word for the bomb that dropped on Hiroshima on August 6, 1945.

This text is not copyrighted. However, if you use or cite this text please indicate the original publication source and this website (Dorothy Day Library on the Web at http://www.catholicworker.org/dorothyday/). Thank you.
at August 06, 2009 4 comments:

Peace In the Post-Christian Era

"The book you hold in your hands was intended for publication in 1962. While Thomas Merton would be pleased that 42 years later this labor of love is at last in bookshops and libraries, it would distress him that, far from being a poignant memento of a bygone era, it remains both timely and relevant." - Jim Forest, from the Foreward to Peace In The Post Christian Era

[To Jacques Maritain, Feb, 1963] I do not want to bother you with a multitude of things of mine, but I am putting into the mail a mimeographed copy of my "unpublishable" book on "Peace in the Post Christian Era." Unpublishable because forbidden by our upright and upstanding Abbot General who does not want to leave Christian civilization without the bomb to crown its history of honor. He says that my defense of peace "fausserait le message de la vie contemplative" [would falsify the message of the contemplative life]. The fact that a monk should be concerned about this issue is thought-by "good monks"-to be scandalous. A hateful distraction, withdrawing one's mind from Baby Jesus in the Crib. Strange to say, no one seems concerned at the fact that the crib is directly under the bomb.

Note: "Peace in the Post-Christian Era" was at last published by Orbis Books in 2005.