The Friendship and Correspondence of Thomas Merton and Dorothy Day (Perseverance)


A 6-minute segment of a talk given by Jim Forest in April at St Francis College in Brooklyn.

A couple of excerpts (my selections):

Merton was and remains a controversial figure. Though he was a member of a monastic order well known for silence and for its distance from worldly affairs, Merton was outspoken on various topics that many regard as very worldly affairs. Merton was a critic of much that was happening in the world and also a critic of a Christianity in which religious identity is submerged in national identity....

...Though their vocations were different, it wasn’t only Merton who was a contemplative....

...“My constant prayer,” Dorothy confided to Merton just before Christmas in 1959, “is for final perseverance — to go on as I am trusting always the Lord Himself will take me by the hair of the head like [the prophet] Habakkuk and set me where he wants me.”

Anyone who has ever been part of any intentional community will recall how stressful it can be even when there are no dark clouds, but when it is a community that opens its doors day and night to people in urgent need, people who would not often be on anyone’s guest list, and when it is a community with very strong-willed, often argumentative, ideologically-driven volunteers, it can at times be like life in a hurricane.

In one letter to Merton, Dorothy speaks in detail about the bitterness animating some of the criticisms directed at her by co-workers. She senses the motivation of some of those who come to help at the Catholic Worker is less love than a “spirit of rebellion.” [DD to TM, October 10, 1960] Many who knew her and were aware of the emotional and physical strains of Catholic Worker life were astonished that Dorothy persevered from the founding of the Catholic Worker in 1933 until her death in 1980 — forty-seven years as part of a community of hospitality.

In his response, Merton noted that “more and more one sees that [perseverance] is the great thing,” but he also points out that perseverance is much more than “hanging on to some course which we have set our minds to, and refusing to let go.” It can sometimes mean “not hanging on but letting go. That of course is terrible. But as you say so rightly, it is a question of [God] hanging on to us, by the hair of the head, that is from on top and beyond, where we cannot see or reach.”

This was a matter of acute importance to Merton personally, a monk with itchy feet who repeatedly was attracted to greener monastic pastures. Dorothy was all for Merton staying put. In a later letter, Dorothy remarks, “I have a few friends who are always worrying about your leaving the monastery but from the letters of yours that I read I am sure you will hold fast. I myself pray for final perseverance most fervently having seen one holy old priest suddenly elope with a parishioner. I feel that anything can happen to anybody at any time.” [DD to TM, March 17, 1963]

Both Merton and Dorothy remain remarkable models, not just for persevering — barnacles can do that — but for continually putting down deeper roots while rediscovering a sense of its being God’s will not to uproot themselves.

"Amongst the many things that religious tradition holds in store for us is a legacy of wonder. The surest way to suppress our ability to understand the meaning of God and the importance of worship is to take things for granted. Indifference to the sublime wonder of living is the root of sin.

"Awareness of the divine begins with wonder. It is a result of what man does with his higher incomprehension. The greatest hindrance to such awareness is our adjustment to conventional notions, to mental cliches. Wonder, or radical amazement, the state of maladjustment to words and notions, is therefore a prerequisite to that which is." 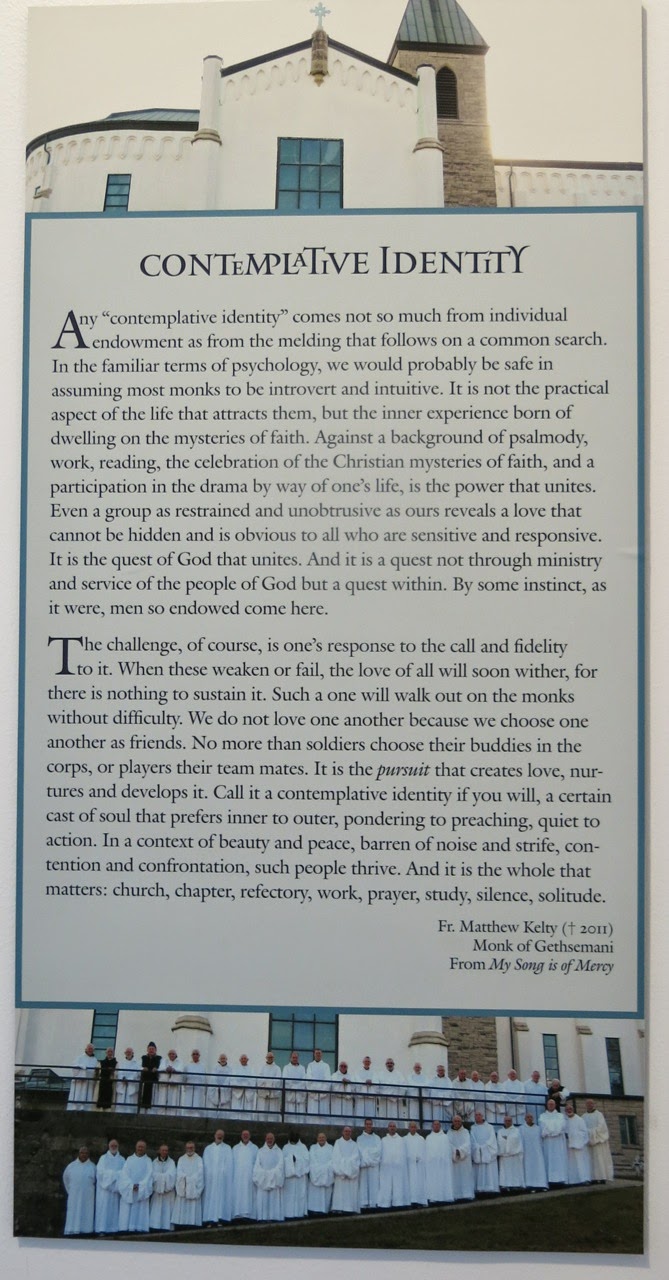 Any "contemplative identity" comes not so much from individual endowment as from the melding that follows on a common search. In the familiar terms of psychology, we would probably be safe in assuming most monks to be introvert and intuitive. It is not the practical aspect of the life that attracts them, but the inner experience born of dwelling on the mysteries of faith. Against a background of psalmody, work, reading, the celebration of the Christian mysteries of faith, and a participation of the drama by way of one's life, is the power that unites. And it is a quest not through ministry and service of the people of God but a quest within. By some instinct, as it were, men so endowed come here.

The challenge, of course, is one's response to the call and fidelity to it. When these weaken or fail, the love of all will soon wither, for there is nothing to sustain it. Such a one will walk out on the monks without difficulty. We do not love one another because we choose one another as friends, no more than soldiers choose their buddies in the corps, or players their team mates. It is the pursuit that creates love, nurtures and develops it. Call it a contemplative identity if you will, a certain cast of soul that prefers inner to outer, pondering to preaching, quiet to action. In a context of beauty and peace, barren of noise and strife, contention and confrontation, such people thrive. And it is the whole that matters: church, chapter, refectory, prayer, study, silence, solitude.

"Think of the freedom, in a world of bondage, a word expelled from Eden; the freedom of the priest, the artist, and the acrobat. In a world of men condemned to earn their bread by the sweat of their brows, the liberty of those who, like the lilies of the field, live by playing. For playing is like wisdom before the face of the Lord. Their play is praise. Their praise is prayer. This play, like the ritual gestures of the priest, is characterized by grace; heavenly grace unfolding, flowering and reflected in the physical grace of the player… For we are all wanderers on the earth, and pilgrims. We have no permanent habitat here. Our tabernacle must be in its nature a temporary tabernacle.

We are wanderers on the earth, but only a few of us, in each generation, have discovered the life of charity, the living from day to day, receiving our gifts gratefully through grace, and rendering them multiplied, to the giver…" 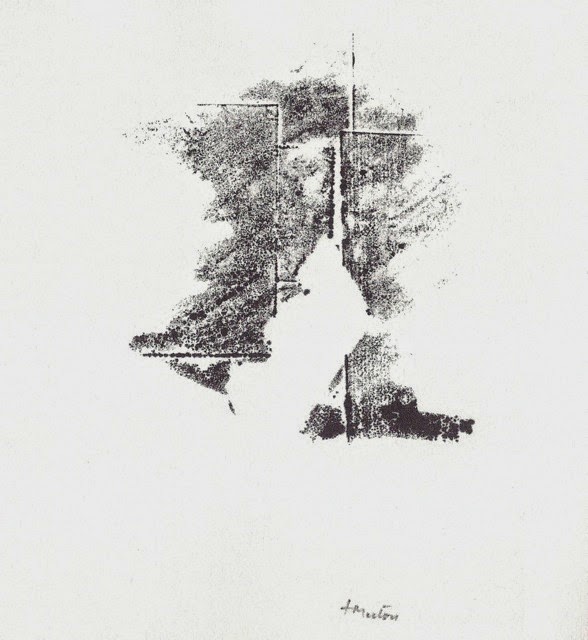