Christ in the Desert

Earlier this month I visited this monastery in Abiquiu, New Mexico. 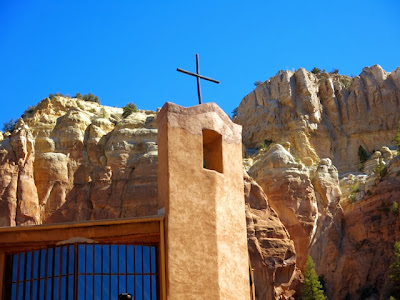 "The place was chosen with careful deliberation, and it is admirable. Thirteen miles by dirt road from the nearest highway, the monastery rises at the point where the canyon narrows and road vanishes into rock and brush. Still surrounded by visible traces of an ancient Pueblo culture, it is at the frontier on which the Pueblos had to protect their country against marauding Apaches.

"The rocky land is even more lonely and desolate today than it was then (for the Indian villages have disappeared). The monastic Church, designed by the Japanese architect George Nakashima, fits perfectly into its setting. Stark, lonely, stately in its simplicity, it gazes out over the sparse irrigated fields into the widening valley. The tower is like a watchman looking for something or someone of whom it does not speak. This architectural masterpiece is a perfect expression, in adobe brick and plaster, of the monastic spirit.

"Monastic hospitality does not conflict with the "desert spirit" -- on the contrary, it is an essential element in the desert tradition, for the first monks had to be concerned for the welfare of those who got lost in the desert, or came to them in spiritual crisis."

- Thomas Merton, who visited this monastery in 1968

Here are some more photos of the monastery: 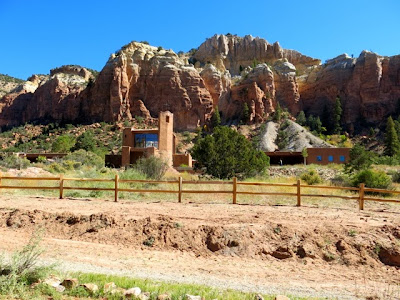 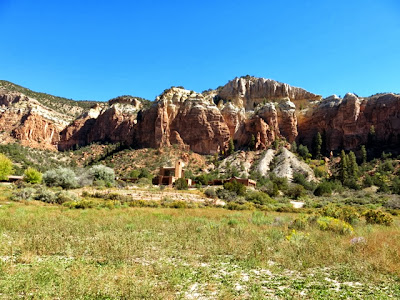 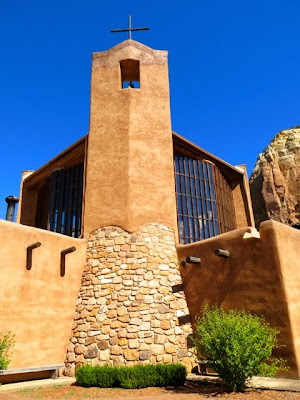 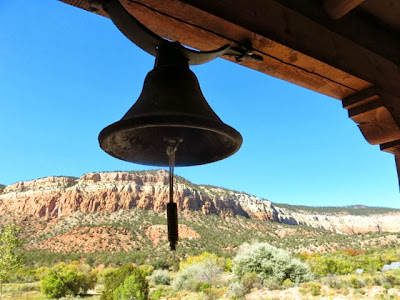 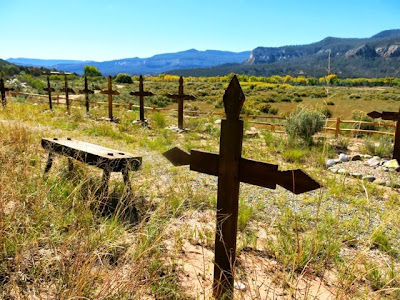 I had always assumed that this was a Trappist monastery, since Merton made special effort to visit here before his trip to Asia in 1968.  However after seeing how different these monks looked (and acted), dressed all in black rather than the black and white habit of the Trappist, I found out that they were a Benedictine order of monks.

I've come to the conclusion that Merton made the visit more from an artistic than religious interest (as if the two can be separated in him).  The monastery was built in 1964, the church designed by George Nakashima, a Japanese American woodworker and architect.

Merton also hoped to visit with Georgia O'Keeffe while he was in Abiquiu, but that didn't work out.

The monastery is 13 miles off the main road, deep in the quiet wildness of the northern New Mexico desert.  Not an easy place to get to. 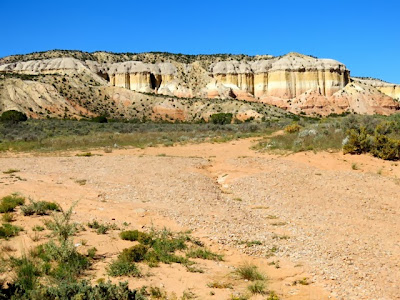