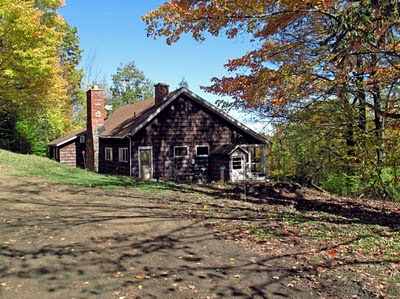 "When Bob was living by himself at the cottage on Rock City Hill during the late 1930s, his older sister Gladys drove up to see him, taking supplies and checking his well-being.  She told him she’d had a dream the previous night that people from all around the world would someday come to visit this place.  They laughed about it, but he remembered because Gladio didn’t usually tell her dreams and it was such an unusual dream about such an unlikely place.  Nothing momentous had ever happened there, except a group of college boys and girls, mostly from Columbia University, had spent summer college-student time, drinking beer, writing novels (one took place entirely under water), building tree-houses, wandering the woods, and luxuriating in a free house, thanks to Lax’s brother-in-law Benji who probably didn’t give it a thought, except to pay fire insurance premiums.

"One of Bob’s Columbia pals wrote from New York, July 29, 1938: “Lax, you don’t write.  Sir, are you bogged up in your cabin?  Are you walled in, is there no mail service, is it eating and drinking and feasting all day, is it watching the birds fly about and no thought for friends?  Is it hatching some egg?” - concluding the letter, “Listen, if I find some guy with a car like Joe Roberts we both might come up to Olean this end of August, if you would say so, and if Benji and Gladio would not be awfully sore at putting up one guy twice in one summer” - signed “Merton".

"In 1948, The Seven Story Mountain was published and the public got a look at how time had been spent at that cabin, and to the astonishment of the author especially, the book made the best seller list, and exposed how college students spend their summer: drinking beer, writing novels, wandering in the woods, enjoying a free pad thanks to benevolent and caring relatives, while they wonder aloud about life and what they were going to do with it.  Nothing unusual except three of the guys turn out to be world-class writers: Robert Lax, Edward Rice, and Thomas Merton."  [Artist, Ad Reihnardt, also spent time at the cottage.]

Last week I was in Olean NY, perusing the Lax archives at St. Bonaventure University.  I knew that the cottage was in disrepair and that the property had been sold.  But I also knew that it was high on a hill, that there was a radio tower on the property and that it was about 5 miles outside of Olean on the way to Rock City.  My sister was with me, and with our eyes on the radio towers we followed our noses and happened upon the cottage.  It was partially hidden from the road, heavily fortified with no trespassing signs and road blocks, but unmistakably, the Lax cottage.  Talk about a trip back in time. 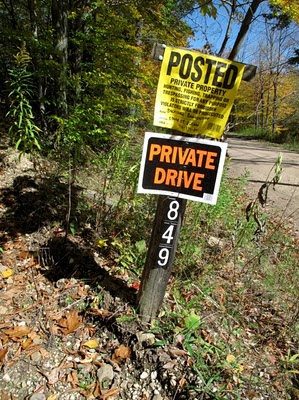 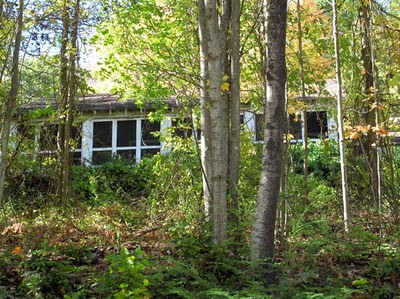 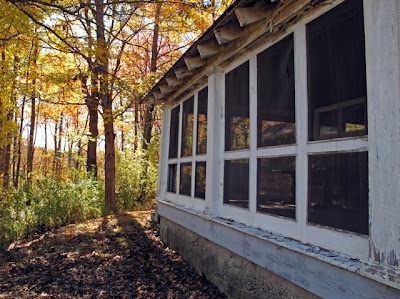 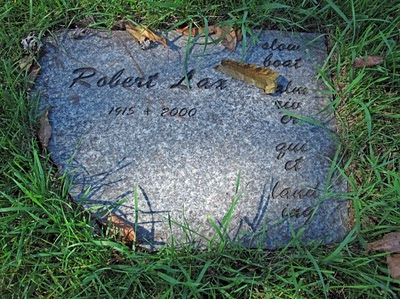 I did find the Bob Lax's gravesite today, on a hill overlooking the St. Bonaventure University campus in Olean NY.  It is a simple small stone, flush with the ground, and reads:


This is the view down the hill from his grave site: 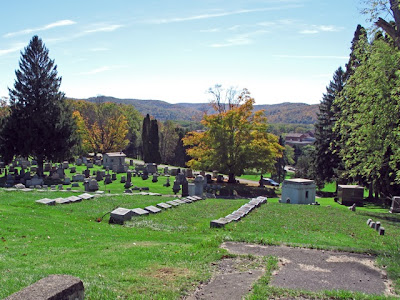