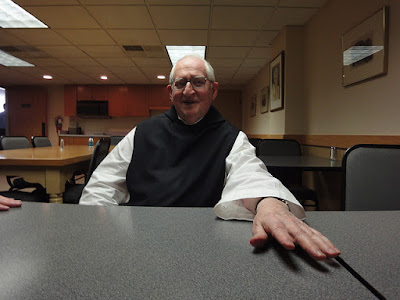 Brother Patrick is said to have been a very kind man who did not engage in gossip.

From an article in the Angelus - https://angelusnews.com/news/robert-inchausti/remembering-brother-patrick-hart-the-monk-who-saw-all-sides-of-thomas-merton -


In a 2004 interview with Sister Mary Margaret (Meg) Funk OSB — then Executive Director of the North American Commission of Monastic Inter-religious Dialogue — asked Brother Patrick “a broad but basic question.”
“In a nutshell, what do you think is Merton’s legacy for monasticism?”
Brother Patrick answered: “Maybe, that you have to trust your inner life, your innermost self, as you appear before God. Merton was always very strong on this idea of living from the deepest self, the true self, rather than the empirical ego or the external self, the social self. This means that you live as you stand naked before God. I think that’s what he would say. He would tell us to listen from the heart and to live a simple, honest life, united to God and one another.” ...

In the sometimes topsy-turvy world of theological controversies and Merton scholarship, Brother Patrick Hart was a rock of clarity, compassion, and common sense — protecting Merton’s writings and the integrity of contemplative Catholicism from the would-be usurpers, slanderers, and uninformed. His was the delicate vocation of a literary apostle and humble monk. May he rest in peace


Here are some other links on this blog about Brother Patrick:
A Last Communion - Dec. 16, 2008