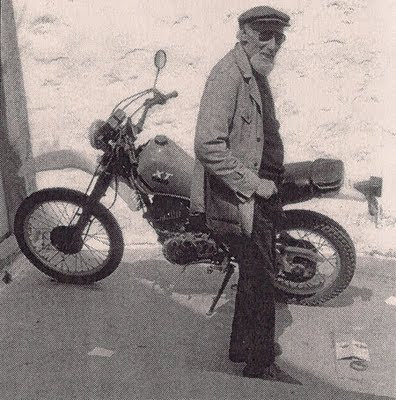 Robert Lax, Photo by Hartmut Geerken
A Lax motto that is perfectly out of keeping with our times ...


opportunity
knocks
but
once


it will go away

"words stand between silence and silence"

The solitary life, being silent, clears away the smoke-screen of words that man has laid down between his mind and things. In solitude we remain face to face with the naked being of things. And yet we find that the nakedness of reality which we have feared, is neither a matter of terror nor for shame. It is clothed in the friendly communion of silence, and this silence is related to love. The world our words have attempted to classify, to control and even to despise (because they could not contain it) comes close to us, for silence teaches us to know reality by respecting it where words have defiled it.

When we have lived long enough alone with the reality around us, our veneration will learn how to bring forth a few good words about it from the silence which is the mother of Truth.