a light that is always ultimately personal 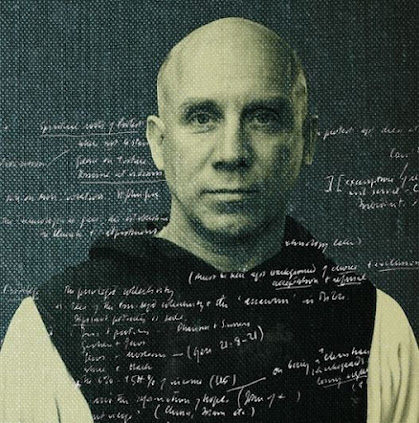 The following is from Jonathan Montaldo, promoter of the Merton legacy and teacher of the monastic contemplative tradition. See MONKSWORK.
Paul Evdokimov, the eastern orthodox theologian, has written that “A saint is striking because of a countenance unique in the world, because of a light that is always ultimately personal. He or She has never been seen before.” 1
Thomas Merton’s countenance, too, has never been seen before and the light from his spiritual legacy for us is ultimately personal. He will have no successors.
He wrote in his journal after a formal “Day of Recollection” on the Feast of the Guardian Angels, October 2, 1958:
“My vocation and task in this world is to keep alive all that is usefully individual and personal to me, to be a ‘contemplative’ in the full sense and to share it with others, to remain as a witness to the nobility of the private person and [the private person’s] primacy over the group.” 2
Thomas Merton’s literary vocation to love the world by speaking out to it courageously, his monastic vocation to listen intently as the world spoke back, and his whole life’s urgency to live in and for Truth, is his enduring legacy. Those who read his words with respect will honor him, now in their own time, by enacting their own vocations to “fearless speech” and by living out their own “courage for truth”. Continuing our own inner journeys toward spiritual liberty is more important than any bows we make to the dead spiritual master. 3
Honoring Thomas Merton’s compassionate transparency demands that we, who claim to hear his voice, should stand on our own feet, find the pitch of our true voices, open our lips, and sing. 4
[JM, England, 2012]]
1. Paul Evdokimov Woman and the Salvation of the World. Anthony P. Gytheiel, translator (Crestwood, NY: St. Vladimir’s Seminary Press, 1994: 47-48.
2. A Search for Solitude: 221.
3. Paraphrasing a remark of Robert Cole’s in reflecting on his mentor Eric Erickson.
4. "The sense of the sacred, of the 'numinous' without which there can hardly be any real or living religion, depends entirely on our ability to transcend our own human signs, to penetrate them and pass beyond their manifest intelligibility into the darkness of mystery, to grasp the reality they can suggest but never fully contain. The mere repetition of consecrated formulas is not, therefore, holiness itself. But words are the only normal keys by which we can unlock, for one another, the doors of the sanctuary and direct one another into the Holy of Holies where each of us must enter the sacred darkness in love and in fear, to find the Lord alone.” Thomas Merton The New Man: 88
at January 31, 2021 No comments:

The Joy of Celebrating Thomas Merton 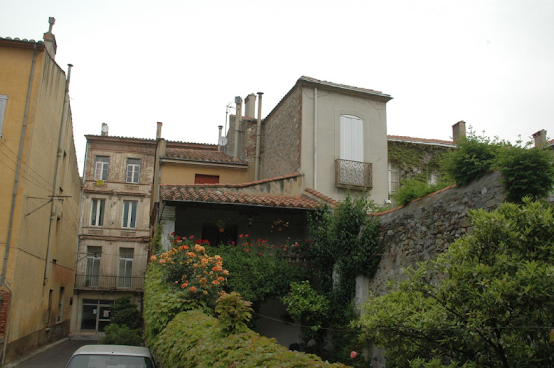 A view of the house where Thomas Merton was born on January 31, 1915. Prades France.
Photo by Jim Forest.
This post, celebrating Thomas Merton's birthday, has been offered by a reader, Cristóvão de S. Meneses Júnior, president of “Associação Thomas Merton”. Thank you, Cristó!

"The joy of celebrating Thomas Merton is, for a legion of admirers, an enthusiastic opportunity to give thanks to the Lord for the clues found in his books for a different spiritual path: prayer is no longer a rigid technique or static devotional practice; instead it becomes a loving way to remain in the presence of God and to be one substance with His Will."

___
THE JOY OF CELEBRATING THOMAS MERTON 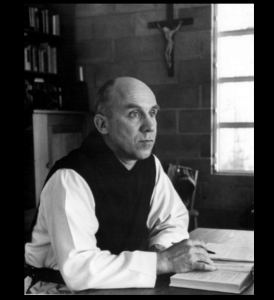 The sign of Aquarius and the “last day of January” reminds us that we have already taken 106 turns around the sun since 1915, the year of a great and pointless war. It was in this space-time, “under the shadows of certain French mountains”, in little Prades, in a house on the corner of Rue du 4 Septembre and Rue du Palais-de-Justice, that the cry of artists Ruth and Owen’s first son echoed. So was born Thomas James Merton.

Sign; War; Mountain; Corner: keywords that would outline the profile of the boy born this day. Who will this boy be? What would or could stop this young man? How did he become a New Man?

We have read and reread Merton's books for decades, familiarizing ourselves with the power of his intellect and literary gift, with an enchantment by his intense and ardent inner life, and humanized by his contradictions. It is the absurd and the Grace personified: his childhood – youth - adult life is a catalytic vortex of all who look within and truly seek God.

This silent cloister prophet drew the attention of the world, writing on the most diverse subjects, anticipating essential issues in the social and ecclesial realms. His New Seeds of Contemplation, for example, planted in the Church the universal call to holiness, an intention ratified and updated by Pope Francis in the Gaudete et Exsultate (2018). His pioneering movement in the dialogue with other religious traditions and the criticisms of capitalist society's consumption reverberate in Evangelii Gaudium (2013). The Supreme Pontiff's formal recognition of the “extraordinary American” would come from the historic speech he made at the United States Congress in September 2015, when he notes that Thomas Merton “remains a source of spiritual inspiration and a guide for many people.”

The joy of celebrating Thomas Merton is, for a legion of admirers, an enthusiastic opportunity to give thanks to the Lord for the clues found in his books for a different spiritual path: prayer is no longer a rigid technique or static devotional practice; instead it becomes a loving way to remain in the presence of God and to be one substance with His Will.

It is now noticeable in Brazil, a new generation of charmed readers, and, therefore, interested in the message of the Trappist monk. Here is the secret, Merton had a gift in which he excelled: that of causing the reader a feeling of closeness and identification, providing us with the keys to his spiritual progress - which is also ours: Love as our true destiny, which must be revealed by the One we love!

The experience currently developed by the Thomas Merton Association in Brazil, and also in Portugal, of fostering reading groups through videoconference has given breath to the spiritual life of some dozens of people isolated by the pandemic. The testimonies and shares at each meeting show the depth and gratitude to the spiritual mentor: “Thomas Merton illuminates the steps towards my purpose in life”; "He has a modern view of Christianity"; "Merton represents a lighthouse for a boat long lost in a dark storm ..."; “I was touched by his restlessness”; "Merton represents a spirituality that translates the Mystery into the language of the soul"; “He is the icon of the human being rooted in God”; "It is the openness of heart and mind that fascinates me in Thomas Merton"; “Merton represents to me a contemporary spiritual master who knows the profound realities of the human being and is sensitive to the transcendent mystery”; "Merton represents to me a clearing in the dense bustle of contemporary life"; "It represents the Spirit of God breathing more time for spirituality and less of church-ism... more silence locked in my room and less hallelujah-ism, more listening to God and less of deviant worldliness from the only thing that matters."

In such bitter times, marked by successions of annoyances, Thomas Merton's legacy, as J. C. Ismael rightly points out, "deserves to be remembered by the generation that loved him and known by the one that ignores him."

May the phenomenon that emanates from the life-work-example of the Trappist monk, which unites us around Christ, be the invitation to the ball of the great cosmic dance, it will then culminate when the vastness of the entire Universe hears the eternal refrain: “Love has won, Love is victorious.” 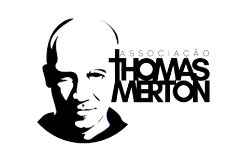 Our Times are Apocalyptic 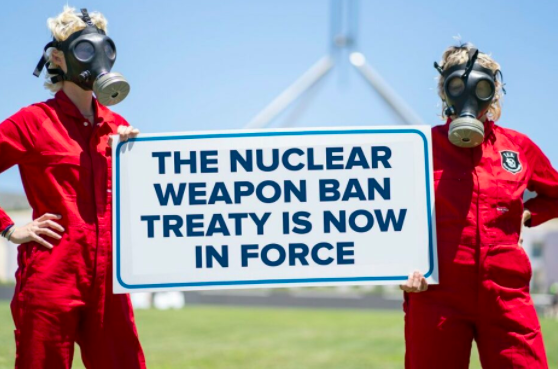 (Twitter/ICAN Australia)
“There is no need to insist that in a world where another Hitler is very possible the mere existence of nuclear weapons constitutes the most tragic and serious problem that the human race has ever had to contend with. Indeed, the atmosphere of hatred, suspicion and tension in which we all live is precisely what is needed to produce Hitlers.

“It is no exaggeration to say that our times are Apocalyptic, in the sense that we seem to have come to a point at which all the hidden, mysterious dynamism of the “history of salvation” revealed in the Bible has flowered into final and decisive crisis. The term “end of the world” may or may not be one that we are capable of understanding. But at any rate we seem to be assisting in the unwrapping of the mysteriously vivid symbols of the last book of the New Testament. In their nakedness, they reveal to us our own selves as the men whose lot it is to live in the time of a possible ultimate decision.”

Note: On January 22, 2021, the U.N. treaty declared that the manufacture, possession, use or threat to use nuclear weapons is illegal under international law, 75 years after their development and first use. The Beginning of the End for Nuclear Weapons

Voices of Nonviolence - a blog where I explore what Nonviolence means for the person and The People.