The Prison Meditations of Father Delp 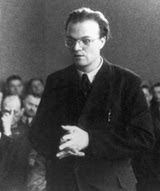 I inherited my father’s unread books. My father was a devout Catholic and ran a dairy business, so he was up early. He delivered milk and he attended Mass, often with the monks at the nearby Abbey of Gethsemani. He brought home the books that Merton wrote, as they were published, and kept them in a stack on top of a corner cupboard. In 1963 he brought home The Prison Meditations of Fr. Delp (with an introduction by Thomas Merton). For many years I just looked at this book. Whenever I attempted to read it I soon realized how dense, intense and disturbing it was, and put it down. But because it deals with Advent and Christmas, themes that are not clear to me, I kept the book.

A few years ago, during Advent, I began again, slowly, to work my way through it. It has since become my Advent book. Every year I start again.

Alfred Delp was a German Jesuit priest, an inspiring preacher who was especially knowledgeable about Catholic social justice teachings. Under recommendation by his Jesuit provincial, he had become a part of an anti-Nazi group (dubbed the Kreisau Circle by Nazi intelligence) to discuss a more Christian social order that would be built in Germany after the war.

In the summer of 1944 an attempt was made on Hitler’s life. Nazi response was swift, with the arrest and execution of several suspects. Delp was ensnared in the Gestapo's wide net of suspicion. His association with the Kreisau Circle implied a repudiation of Nazism, and constituted high treason – a crime worthy of death.

On July 28, 1944, Delp was arrested and taken to prison. He was 37 years old. He endured nine weeks of interrogation as well as beatings and psychological pressure to abandon the Jesuits for the Nazis, followed by four months of solitary confinement. On February 2, 1945, he was executed by strangulation at the Plotzensee prison, just outside of Berlin.

In chains, face-to-face with his own inescapable death, Delp is alone, helpless, and desperate. He reaches for truth in his meditations on Advent, Christmas, the role of the Church in a Godless world. His writings are dire, naked, and totally free of the myopic platitudes or complacencies of routine piety.

Fr. Delp’s letters were smuggled out of the jail, and, as Merton says in the introduction,


“The truth was granted him, and we share it in this book, awed by the realization that it was given him not for himself alone, but for us, who need it just as desperately, perhaps more desperately, than he did.”

Though we seem to be living in a world where, in spite of wars and rumors of wars, business goes on as usual, and Christianity is what it has always been, according to Merton,


“… somewhere in the last 50 years we have crossed a mysterious limit set by Providence and have entered a new era. We have, in some sense, passed a point of no return, and it is both useless and tragic to continue to live as if we were still in the nineteenth century. Whatever we may think of the new era, whether we imagine it as the millennium, the noosphere, or as the beginning of the end, there has been a violent disruption of society and a radical overthrow of that modern world which goes back to Charlemagne.” (p. viii)


We are in the same dire situation as Fr. Delp. My world is just as devastated, gutted, and faithless as the world of Fr. Delp. Senseless trivialities assume airs of real importance, and I get lost trying to find my way through the confusions. Yet, time is running out.

Fr. Delp speaks directly, writing his meditations on Advent and Christmas as if just for me. From the backdrop of his prison cell and impending physical death, I understand and can hear the voice in the wilderness. Fr. Delp tells me to turn inward, trust the solitary confrontation with an unknown God, be healed by the silence, and recover mysterious inner sources of hope and strength.

He introduces me to the People of Advent - the man crying in the wilderness, the herald angel, Our blessed Lady - and they take on a deep personal significance that I could never find in the oft-heard Nativity story. He goes on to explain to me the import of the People of Christmas – those round the crib, Mary, Joseph, the angels, the shepherds, the wise men – and I know that he has touched the truth of this story (and my own life) and given it to me.

Sometimes I think that if I could just read and re-read this one book, I would never need to read another religious book.

Finally, Fr. Delp invites me to tap into eternal currents of life, to “know what it is all about”, to become fully alive and claim my own happiness:


“The conditions of happiness have nothing whatever to do with outward existence. They are exclusively dependent on inner attitude and steadfastness … “(p.36)

“… everything is concentrated in expectation, waiting and watching … “(p. 59)

“God is day and night, bondage and freedom, prison cell and the whole world. … God is both the question and the answer …The eve of Christmas is both a proclamation and a mission; a holy night and a night pregnant with promise … “(p. 59)

“… whoever is true to life, however hard and barren it may be, will discover in himself fountains of very real refreshment. The world will give him more than he
ever imagined possible. The silver threads of God’s mystery will begin to sparkle visibly in everything around him and there will be a song in his heart. His burdens will turn to blessings because he recognizes them as coming from God and welcomes them as such … Let us trust in life because we do not have to live through it alone. God is with us.” (p. 69)

All quotes are from THE PRISON MEDITATION OF FATHER DELP, Herder and Herder New York, 1963. I do not believe this book is in print any longer. However these books: Alfred Delp: Prison Writings (Modern Spiritual Masters) and Alfred Delp, Advent of the Heart appear to duplicate the material in my book (without the Merton introduction). 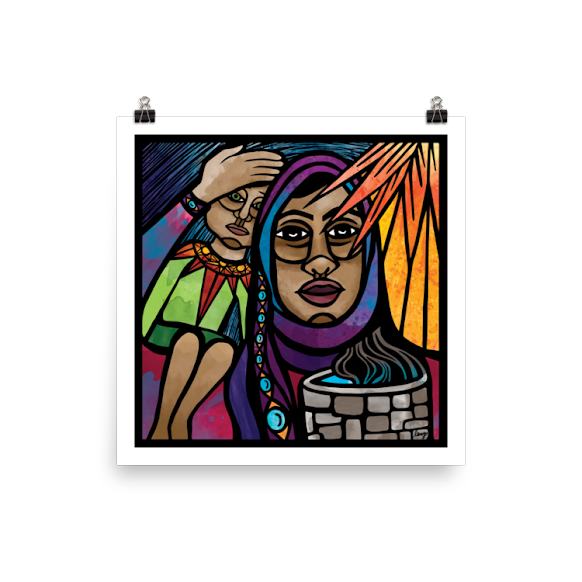