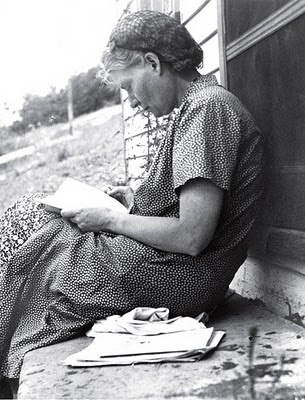 "Dorothy Day is one of the greatest and most significant Catholics of the twentieth century. Today is the 30th anniversary of her death."

- From an essay by Fr. Stephen Wang, which can be found here.

Robert Ellsburg, in a short life, says of Dorothy:

"The enigma of Dorothy Day was her ability to reconcile her radical social positions (she called herself an anarchist as well as a pacifist) with a traditional and even conservative piety. Her commitment to poverty, obedience, and chastity was as firm as any nun’s. But she remained thoroughly immersed in the secular world with all the “precarity” and disorder that came with life among the poor."