Merton and the nuns 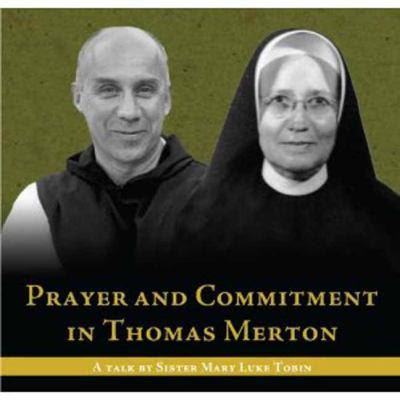 Daniel Horan, OFM, over at Dating God, has an excellent post about the conferences that Merton hosted for American sisters following the 2nd Vatican Council.  Many of the conferences were recorded and then transcribed by the Sisters of Loretto, a community of nuns whose motherhouse is not far from Gethsemane.

This is an excerpt from a Questions and Answer session that Dan has included on his blog:

Question. After our discussion yesterday I was thinking about how so much of our training taught us to “go ask the priest.” We were not making a decision or judgment on our own. We just didn’t think in those terms.

Response. Now’s the time. There are plenty of sisters smart enough to do that, who certainly have better judgment about their own situations than someone outside. Priests you consult may often have no concept of what your life is about, what your order means, what your needs are. All they can do is look in a book and dig up a canon, and they may not know too much about that, either.

Q. What about nuns who are fearful and inhibited that they cannot make independent judgements? They can really hold a community back.

R. I think they have to be encouraged to go ahead and make judgements. They need to be put in situations where they have to. The old system, of course, did not provide for this. It was fixed so that an individual never had to make judgements but would just sit in line and ask the superior, “May I have a toothbrush?” This is absurd. We built things this way and called it the Cross or obedience. This may have been all right if you were living in Austria in 1772 under an absolute emperor, and all you had to do was to keep the institution going, because it had been endowed. But we’re not doing that anymore.

Q. Whenever we ask permission, it seems the issue gets all bungled up.

R. Exactly, so don’t ask. I mean, unless you absolutely have to. The whole bent of the Church at this moment is for change. And therefore change has the benefit of the doubt. Obviously, the spirit of the Council is that we’re supposed to experiment, take risks, change and develop. This has the stamp of the Holy Spirit on it. Just as obviously, there are people on top who are scared, who want to stop it. They take second place right now. A prudential Christian decision now is in favor of courageously following what the Council clearly wants, and the Council clearly wants development. People who do not want development have to prove their point very hard before one can follow them in conscience. If everybody obeyed all the curial officials in everything in every moment, there would be no progress possible. There would be no point in having had a Council, no point in John XXIII having been Pope.

At the same time, there has to be caution and respect. We don’t act rebelliously or out of contempt, but just quietly go along with what the Council wants. Experiment is the order of the day, so make experiments. Just be careful not to do crazy things. Trouble comes when people want to make an issue of everything, when they want not just to change but also to win. Wanting to chalk up a score is bad. This is not a game of besting the Curia or the authorities. We have to be clear on that. We’re not trying to get points for our side. We just want to do what God wants. If we can once get this distinction clear, that’s all the authorities care about. Much of this other side business is face-saving. If people are obviously needling and insulting authorities, of course the latter will try to save face. But if you’re considerate and in good faith, you won’t be bothered much. People in authority have sense enough to see the difference. I go my way quietly, saying all kinds of things that are very unpopular and that many people don’t like at all. But they’re not going to fool with me, because I’m not fighting them. I’m sampling saying what I think I ought to say. I am not challenging anyone.


This all reminds me that I need to get Sr. Mary Luke's book concerning her thoughts on Merton and prayer - Hidden in the same Mystery.   Sr. Mary Luke, a Sister of Loretto, was one of the very few women invited to attend the 2nd Vatican Council.  At that time she was and the president of the Leadership Conference of Women Religous (LCWR).

She was also a good friend to Merton.  I like this quote, which is attributed to her: