Joshua Casteel: How I became a conscientious objector 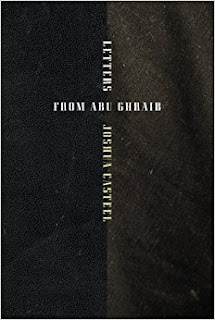 Joshua Casteel is a remarkable person: writer, playwright, public speaker, an Army veteran and former West Point cadet who became a foe of war and a model Christian. He died five years ago, age 32, of cancer that was probably caused by breathing toxic smoke burned at his base in Iraq.

His one book, "Letters from Abu Ghraib", has just been issued in a revised edition. It’s a collection of intimate letters sent by Joshua to friends and family in 2004-5 during his service as a US Army interrogator and Arabic linguist in the 202nd Military Intelligence Battalion stationed at the notorious Abu Ghraid Prison in Iraq.

"Letters from Abu Ghraib" will come to be recognized as a classic of anti-war literature widely used in classes and discussion groups. The letters reveal how, as a consequence of interrogating imprisoned Iraqis, Joshua undergoes a conversion to a deeper Christianity that brings with it the conviction “’that service in my current way is absolutely wrong, and totally outside the bounds of the witness of the New Testament ... If people do not understand this uncompromising allegiance, and think me a deserter, so be it. … I will take deadly serious Christ’s call to Peter that he drop his nets and follow. I cannot continue as an American war fighter.”

In 2005 Joshua obtained an early discharge as a conscientious objector.