He asked for nothing for himself 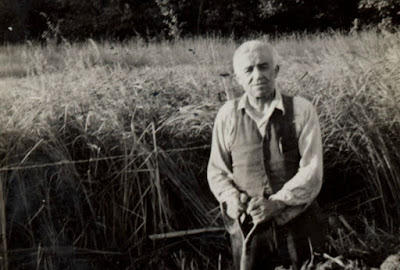 Talk about radical. Talk about prophetic and holy. I don't know if, in my lifetime, I have encountered a person quite as clear as Peter Maurin. So clear that he is somewhat hidden.

Even now, he's known mostly through Dorothy Day. Not directly.

This is the 70th anniversary of his death and NCR has an article.

"He asked nothing for himself, so he got nothing," Dorothy Day wrote in Loaves and Fishes of Peter Maurin.


Day once said that Maurin's dedication to voluntary poverty was so extreme that perhaps the only possession he really valued was his mind. (He eventually surrendered that as well, experiencing an apparent stroke that made him lose his ability to think clearly several years before his death.) When Maurin died May 15, 1949, he was buried in a donated grave, wearing a donated suit.

Like Jean Vanier, he found his way as a lay man.