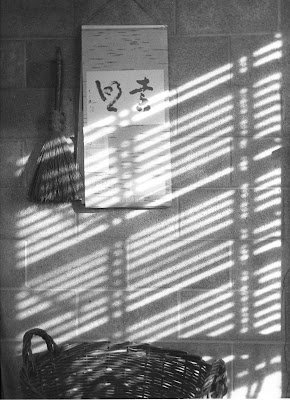 He loved the loneliness of the night. It taught him to view solitude as act, and to conclude that the reason no one really understood solitude was because men viewed it as a condition, something one elected to undergo -- like standing under a shower. Actually, solitude was for him a realization; even a kind of creation as well as a liberation of active forces within him. As a mere condition, solitude could be passive, inert and basically unreal: a kind of coma. To avoid this condition, he had to work actively at solitude.

Thus, a need for discipline, for techniques of integration that keep body and soul together, harmonizing their powers to bring into one deep resonance, oriented to the root of being.

Freedom began for Fr. Louis with the willingness to realize and experience his life as totally absurd in relation to the apparent meaning which had been thrown over life by society and by illusions. But that could be only a starting point leading to a deeper realization of that root reality in himself and in all life "which I do not know and cannot know ... This implies the capacity to see that realizing and knowing are not the same ... solitude itself is the fullness of realization. In solitude I become fully able to realize what I cannot know".