the vanity of anti-silence (Considerations for the time of Christmas) 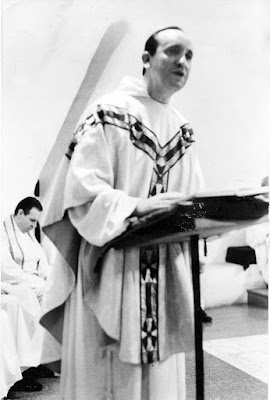 From a cycle of six largely unknown meditations Jesuit Father Jorge Mario Bergoglio gave in a week-long retreat to Jesuits in the early 1980s, entitled simply ‘Considerations for the time of Christmas.’

With the ferocity of a desert father, his reflection on silence invited the Jesuits to consider how mass media created a seductive deluge of sweet-sounding or furious words “that seek noisily to take up space in our hearts and contribute nothing to truth.”

He contrasted the Word of God that created the universe and the words by which we are surrounded, which have been “disempowered of their creative force.”

“If there is no solitude, there is no silence,” he added sternly, “and without either there is no truth,” only “the vanity of anti-silence.” Although Jesuits were obliged to speak as part of their “apostolic mission” - they are not monks - if in their speaking they lacked “the core of silence that makes us pilgrims” they would end up, he warned, “corrupted by the spirit of the world.”

Silence was the prerequisite for the eruption of the Word in history, he said, before inviting the Jesuits to contemplate how the Word “becomes tenderness in the womb of a Mother who ‘pondered all these things in her heart’.”