around him you could feel the reality of things 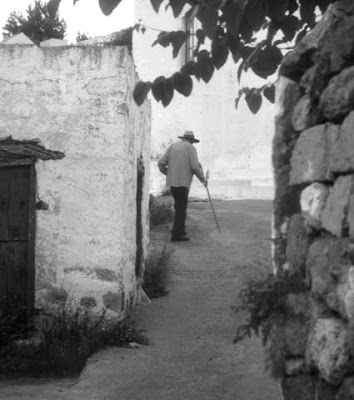 A wonderful conversation with Steve Georgiou, friend of Robert Lax. Read all of it HERE.


"I think he understood the difference between hearing and listening, and he really emphasized the listening. In fact, one of the things he’d say when we walked along the Patmos shoreline was, “I’m going back to my place now. There’s a lot of listening I have to get to.”

And listening for what?

I think for all the cosmic sounds, his own heart, his own soul.

As a youth, he was sought out by people who felt a need to talk with him. In his twenties, and even before, he had this sixth sense, you might say. In childhood he dreamt that he saved a lot of students. A hallway bannister had broken. He’d held the bannister up long enough so the students could make it through a particular corridor—something to that effect. In a way, his life really was that dream. He held up that banister to help people make it through life. He gave his all in doing so.

Catherine de Hueck Doherty, who founded Friendship House in Canada and parts of the U.S., where they cared for the poor (and who is now on the path to canonization in the Catholic Church), met Lax when he was around 25. She felt he was a gifted soul, as have many who met him—certainly a little different, some might say even a bit off. His mind was not on the nine-to-five world.

There was a Friendship House in Harlem where the young Lax was serving as a volunteer, along with Thomas Merton. Catherine gave Lax a bucket of suds and a mop and told him to mop. When she came back a couple of hours later, she found him still there, sitting on the floor by the pail lost in his own world. She experienced this in a humorous way and felt there was something about this “son of Israel”—because he hadn’t yet converted to Catholicism—that would result in many books being written about him.

As Merton had written in The Seven Story Mountain, “Lax was born with the deepest sense of who God was.” Merton said that he was often in this deep, contemplative mode, even in college. He indexed Lax more than anybody else in his autobiography. For Merton, and for others, Lax was a guiding light."

Read the whole interview HERE. You won't be sorry. 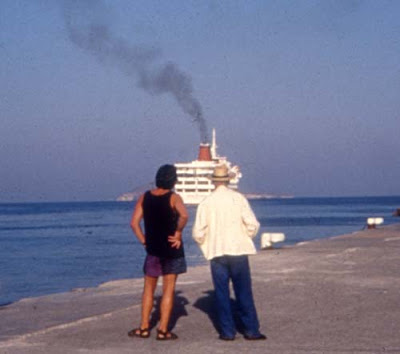 Steve Georgiou and Robert Lax at the harbor. 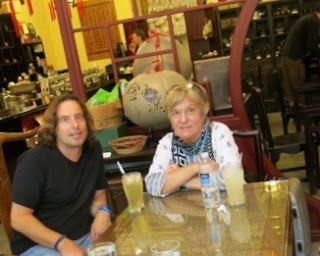