Merton & Fr. John of the Cross in convertible 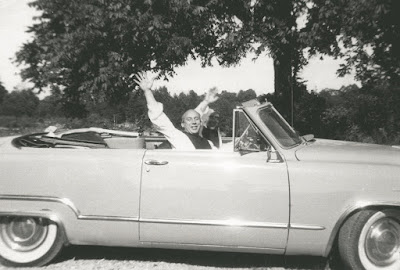 Fr. Louis and Fr. John of the Cross
Photo by Ann Wasserman (John of Cross's sister)

"An entirely beautiful, transfigured moment of love for God and the need for complete confidence in Him in everything, without reserve, even when almost nothing can be understood. A sense of the continuity of grace in my life and an equal sense of the stupidity and baseness of the infidelities which have threatened to break that continuity. How can I be so cheap and foolish as to trifle with anything so precious? The answer is that I grow dull and stupid and turn in false directions, without light, very often without interest and without real desire, out of a kind of boredom and animal folly, caught in some idiot social situation. It is usually a matter of senseless talking, senseless conduct and vain behavior, coming from my shyness and desperation at being in a bind I cannot cope with -- and if there is drink handy I drink it, and talk more foolishly. This of course is rare -- I was thinking of visits of Father John of the Cross [Wasserman]'s people (other side of the field) when I was not true to myself. With him I suppose I rarely was. And now where is he?"

Fr. John of the Cross is mentioned with some frequency in Merton's journals, including a passage later incorporated into Conjectures of a Guilty Bystander in which Merton praises his preaching as the best in the community. 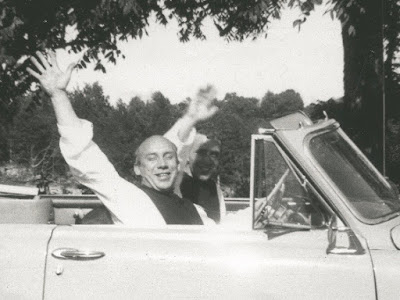 Edmund Wasserman, nicknamed "Cap" or "Cappy" by Merton, was a Gethsemani monk known as Fr. John of the Cross. He entered the monastery in 1948 and studied under Merton. He was a close friend of Merton, but left in late 1962. Merton became close to Wasserman's family, becoming like an adopted son to his parents. Merton wrote extensively to Wasserman's sister, Ann, who joined the Carmelites in Cleveland, taking the name of Sr. Anita of Jesus. (Source: "John of the Cross Wasserman." International Thomas Merton Society Newsletter, Vol. 16, No. 1. [Louisville, KY: International Thomas Merton Society, 2009], p. 3.)

In late 1962, after a period of unrest and tension with Abbot James Fox, which Merton comments on in his journal, Fr. John of the Cross left Gethsemani, never to return. In his poem "Gethsemani (May 19, 1966)," published in Eighteen Poems, Merton refers to Fr. John of the Cross as "A taut, embittered / Young Christ / Pierced by righteous insults."

Though he remained away from the abbey, Fr. John of the Cross refused to request a dispensation from his vows until persuaded to do so by Abbot Timothy Kelly in 1999; at that time he was not required to seek laicization from the priesthood and so was able to remain a priest in good standing until his death.

After leaving Gethsemani, he moved to Detroit, earned a Masters Degree from the University of Detroit, and taught in inner-city Detroit Public Schools for a quarter century, often celebrating Mass in his apartment and ministering to young people in his neighborhood. He adopted James, a young African American who took Fr. John's surname as his own. Merton was able to stay in indirect contact with Fr. John through his sister Anita, a Carmelite nun in Cleveland, with whom Merton maintained a correspondence (published in part in The School of Charity).

At the request of his family, Fr. John's funeral took place January 5, 2009 in the Guest Chapel at the Abbey of Gethsemani, celebrated by Fr. James Conner, who also delivered the eulogy, and attended by Sr. Anita, Fr. John's brother Robert, his adopted son James with his wife Juanna and two children, and a number of the monks. His ashes were buried in the extern cemetery at Gethsemani. 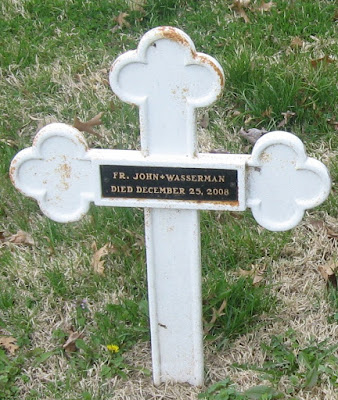 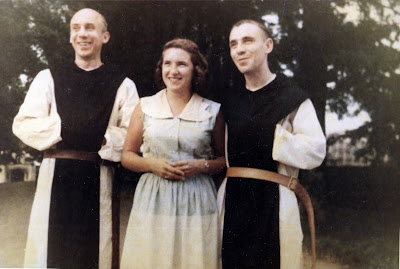